I’m back from what turned out to be the final Millennicon. The decision was made Saturday night that this would be the last one. I don’t know everything that went into the decision, but I know it had to be a hard one to make. I’m doubly-honored to have been invited back to be a part of the weekend.

It was a fun weekend. I enjoyed getting to catch up with some friends, being part of the masquerade judging, running around like a camera-waving fool, and eating TARDIS cake. Of course, between the convention and a sick family, I’m now even farther behind on everything, but ah well. 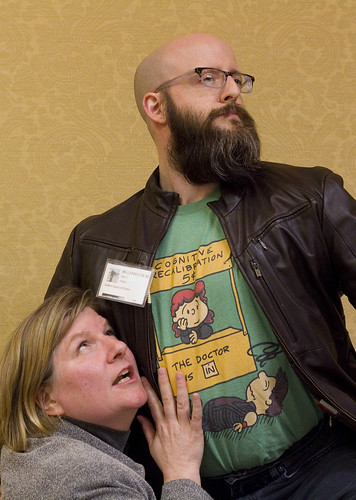 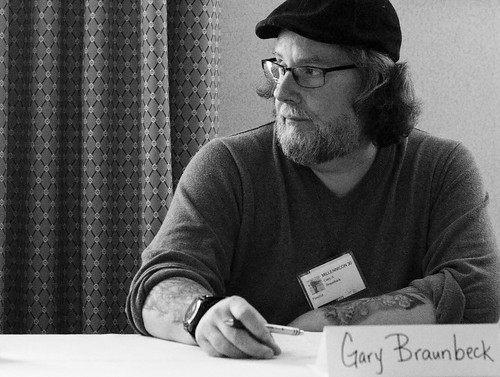 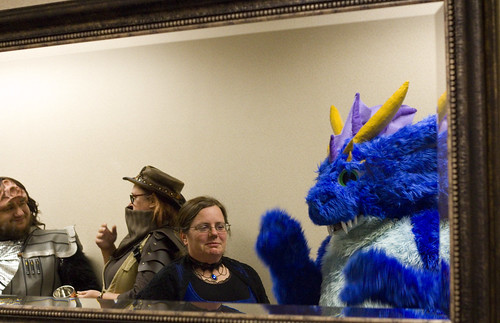 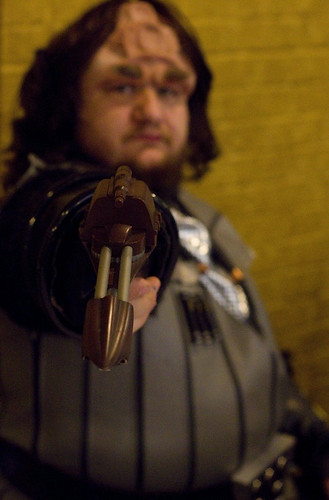 Two years ago, I had a blast as Guest of Honor at Millennicon in Cincinnati.

To my surprise, they asked me to come back and do it again. For Millennicon 30, the convention invited one author Guest of Honor from each decade. So I’ll be sharing the GoH stage with authors Mike Resnick and Juanita Coulson. The wonderful Tom Smith will also be there as Filk Guest of Honor.

It doesn’t look like the full schedule is online yet, but if you’re in the Cincinnati area, here’s where you’ll be able to find me this weekend:

Millennicon was great fun. Unfortunately, both the kids and I seem to have come down with post-con crud, but the convention itself was awesome … if a little dangerous for the blood sugar. (There was a birthday cake for my son, and another cake a few hours later at the GoH reception.)

My wife Amy was kind enough to do most of the driving, which gave me time to finish a short story for that blown deadline I mentioned the other day. Story is off to the editor, and I owe Amy many, many hugs.

As always, there was far too much cool stuff going on for any one human being to do. I missed the launch party for Stephen Leigh’s newest book, Immortal Muse. (I did get to see him receive the Hal Award, given each year to “an educator who creates a program utilizing science fiction literature to improve children’s proficiency in science and math.”

I also missed the Detcon1 takeover of the consuite on Saturday.

On the other hand, I got to do a reading that went rather well, a panel about dumb questions (which Laura Resnick TOTALLY SABOTAGED by prohibiting any and all sex-related questions, just because her father was on the panel with her…sheesh), had my son thrown into Klingon jail, heard a new (to me) Tom Smith song, and finally got to wear the T-shirt I got for Christmas in public.

Huge thanks to Christy Johnson, Cheryl Whitford, and everyone else who put so much time and energy into making the convention happen.

As is often the case, the only downside was having to come back to the real world. Not only was there housework and day job work waiting for me, but apparently at least one mouse moved into the house this weekend and was throwing a little convention of its own. Taz the cat spent the whole night trying to get at it, and actually caught it briefly this morning, but when I tried to get cat and mouse outside to let the little rodent go free, it pulled a Houdini and managed to disappear beneath the couch.

And how was your weekend?

I’m thrilled to be heading over to Ohio this weekend to be a Guest of Honor at Millennicon. Here’s the schedule, just in case you want to come say hello or make sure you know how to avoid me all weekend.

Tom Smith will be there as Filk Guest of Honor, which should make my wife happy. She tolerates me, but she’d much rather hang out at one of Tom’s concerts 😉

There are a lot of great people at this one, some of whom I haven’t seen in a while, so I’m expecting this to be a lot of fun.