Do you want to build a Friday?

Greetings from Detcon1! Have some links!

Curious how many people will click on the spider link today…

When this goes live, it should already be Cool Stuff Saturday in Australia… 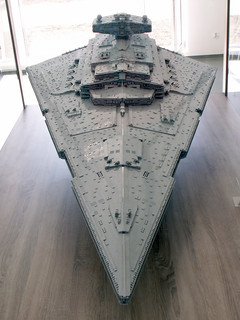 It was a dark and stormy Friday. Suddenly an otter rang out!

It is Friday! Or as I like to call it, the day-before-my-wife-and-I-go-out-to-see-Xmen.

I meant what I said, and I said what I meant. It’s Friday again — you can tell by the scent! Or something. I was a little tired when I wrote that. Anyway, enjoy the weekend, all!

Cry “Havoc!”, and let slip the dogs of Friday!

I’m gonna start with a rather self-serving link to Sword & Laser, which just posted an Author Spotlight with me. Personally, I think this qualifies as a Cool Thing, particularly the little whiteboard-animated me in the beginning of the video.

This has been quite the week! Thanks for the birthday wishes, the support and encouragement on the release of Invisible, and for just generally being awesome…