To start things off, happy book day to Juliette Wade! Today is the release day for her second Broken Trust book, Transgressions of Power. I reviewed both of these back in September.

I was supposed to provide a one-sentence blurb for the books, and I utterly dropped the ball on that. You wouldn’t think it should be hard for a professional writer to come up with one little sentence, but yep, I blew it. So as I’m pulling this blog together, let me just say:

These books are complex, thoughtful science fiction, full of heroism in large moments and small alike.

Sorry it took me so long, Juliette!

Today also marks the release of Deborah Blake‘s Furbidden Fatality, “the first in her new RUNDOWN RESCUE series about a recent lottery winner who decides to spend her unexpected windfall on a defunct shelter, only to quickly find herself the main suspect in the murder of the town’s nasty dog warden.”

I haven’t had the chance to read this yet, but I’ve read and enjoyed several of her other books, and this one sounds like a lot of fun.

Next up, Claire O’Dell/Beth Bernobich has re-released her River of Souls trilogy. 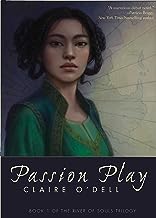 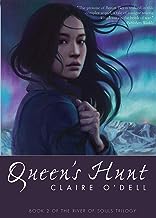 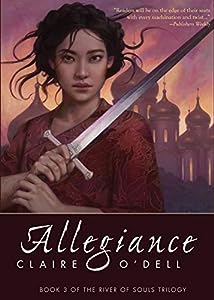 I read and discussed the first of these books with Sherwood Smith back in 2010, but it looks like our post is no longer up. Hmph.

In the author’s words, this is a trilogy “about politics and intrigue, about magic and multiple lives. It’s about confronting hard choices, life after life. It’s about one young woman’s journey toward independence.”

Here’s the summary for book one:

Therez Zhalina is the daughter of one of Melnek’s most prominent merchants. Hers is a life of wealth and privilege, and she knows her duty—to marry well and to the family’s advantage. But when Therez meets the much older man her father chose, she realizes he is far crueler than her father could ever be.

She decides to run. This choice will change her life forever.

Therez changes her name to Ilse and buys passage with a caravan bound for distant cities. Her flight leads her to Lord Raul Kosenmark, once a councilor of the old king and now master of a famous pleasure house. But feasts and courtesans are only the outermost illusion in this house of secrets, and Ilse soon discovers a world of magic and political intrigue beyond anything she had imagined.

I know I’ve missed a lot of new stuff from good authors, so please feel free to chat things up in the comments. What are your thoughts about the ones I mentioned, and what other new books would you recommend?