As some of you know, my kids and I skipped town and went to northern California for a week over the Christmas holiday. In part, it was because we’d never been. Mostly, it was because we weren’t up for being here and trying to have a “normal” Christmas.

Aside from our almost-yearly trips to Michigan’s Upper Peninsula, this was the first real vacation we’d taken in … well, pretty much as long as I can remember. We’ve had a few weekend trips here and there, but not many, and not in years.

Looking back, I think I tried to squeeze in too many destinations. Next time, I’ll plan on slowing down and spending a little more time. But overall, I’m calling it a success. We all had some good experiences and some “wow” moments. My daughter got to see sea lions. My son got to pet lots of new dogs. I got to visit the Charles M. Schulz museum 🙂

For anyone who hasn’t seen the pics on Facebook, I’ve posted the California album over on Flickr as well. 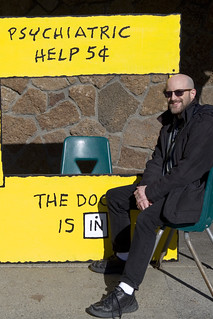 We drove from the airport to Santa Cruz to Santa Rosa to Yosemite to Folsom to a different airport. There were whales and elephant seals and mountains and redwoods. We spent about half the time with some close family friends — family in all but blood, essentially.

I had plenty of moments of sadness, thinking about how much Amy would have loved this, and how I wished we’d done it when she was alive and healthy. But I also know she’d have been happy to see me and the kids getting some enjoyment and wonder. Especially the kids. 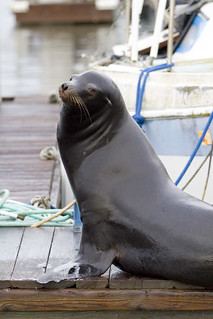 That was the best part for me, too. Seeing genuine joy and wonder and happiness from the kids — especially my daughter. I know they were hurting sometimes too, having some of the same grief and pain and regret I was, but I think the majority of our time was positive and good for us all. 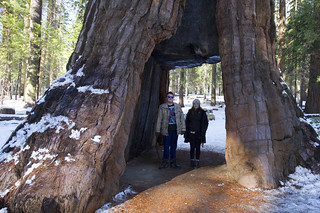 And now it’s 2020. My son starts school on Monday. My daughter and I have both started back to work again. I opened up Terminal Peace and did a few hundred words tonight before a blood sugar crash ended that. (I’m fine. But dang, this disease is annoying.) Most of the time, the New Year seems pretty arbitrary and meaningless, but this year, I do have more of a sense of … not renewal or a new beginning, exactly, but a sense of starting to let go of a little of the pain and trauma of 2019.

Who knows if that will continue. Grief doesn’t just stop. I’ll never stop missing her or wishing she was still with us. But there’s hope that this year will be better — at least for our family. (I’m not gonna weigh in on events in the larger world quite yet. Son of a crap…)

For those who celebrate, I hope the holidays were good to you. And for all of us, I hope 2020 is a much better year. 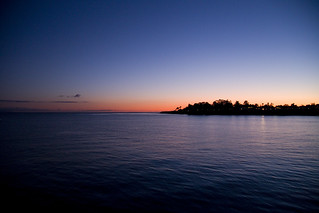