I realized I’d never posted about my time at Les Utopiales earlier this month. It took me a few days to recover from the jet lag, and then I was diving into revisions on Project K, and everything else just kind of slipped away.

So anyway, I’m back, and it was delightful. This was my second event in France, and it was quite different from Les Imaginales last year. Whereas Les Imaginales felt like a cross between a book festival and a renaissance fair, Utopiales had more of a familiar industry event vibe, taking place in a convention center in Nantes. 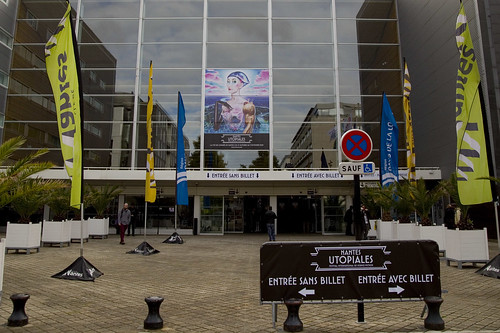 They put most of the authors up in a hotel that’s literally just past the left edge of that photo, which was convenient. The first day there, I discovered my role for the week would be to play the White Night to Robert Jackson Bennett‘s damsel in distress, helping him find his way to registration, providing pens for his signings, and so on. I may have also snuck a photo of him while he was deep in Serious Author Interview mode. Or maybe playing Pokemon Go on his phone, I’m not sure… 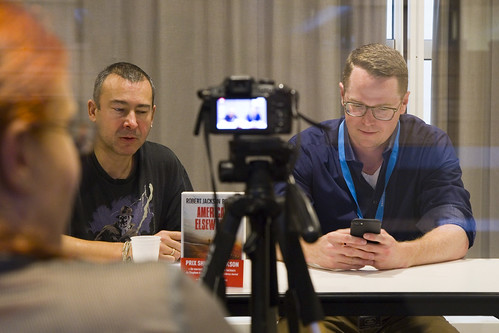 It was great (and a little overwhelming at times) getting to see and meet everyone. I didn’t get as much time as I wanted with people. Except for John Scalzi. That guy was everywhere, man! We got to talk author finances and beard gossip and all the ways we were messing up French dining etiquette.

There were only a few panels at a time, which meant you had a much larger audience. I really appreciated the panel on diversity and harassment and inclusion with Sabrina Calvo and John Scalzi. My other two panels were with hard-core scientist types, which left me feeling a little out of my league, but made for fascinating conversations. I wasn’t sure why I’d been added to those two at first, then I took a closer look at my bio in the program.

My website bio mentions that I have a bachelor’s degree in psychology from Michigan State University. Apparently somewhere along the line, this got mistranslated, and the Utopiales program book said I was a Doctor of Psychology. Oops!

I also got to catch up with my French publisher, l’Atalante. They had a lovely sign up advertising my Magic ex Libris books. This was my second time meeting most of the l’Atalante folks, and they continue to be lovely people. 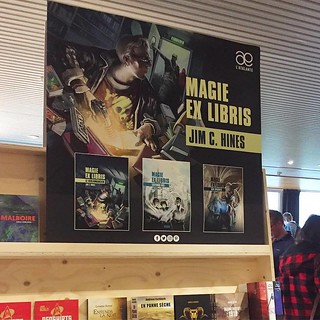 Utopiales kept me pretty busy with several panels, a lot of signings, and some interviews. But I managed to sneak away to explore a little of Nantes, including the castle, cathedral, and mechanical elephant. I also got out for some delicious galettes and crepes. (Thanks, Stephanie!) 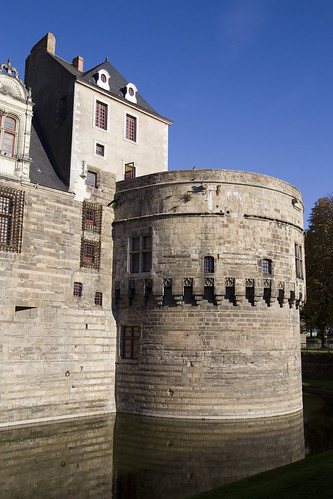 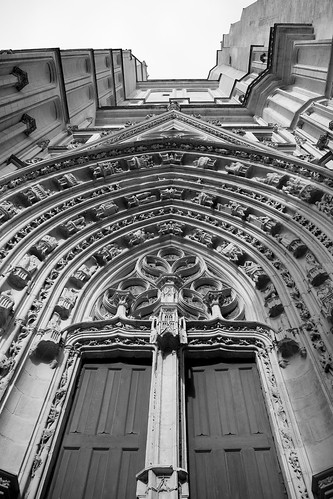 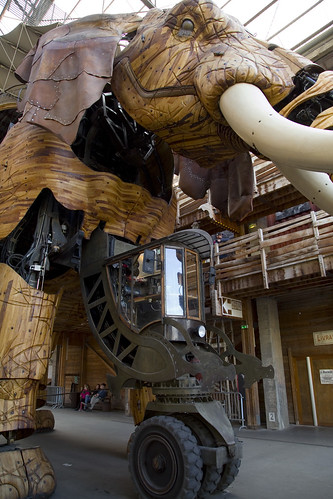 Just like last year, I was reminded that three years of French during high school in the early 90s is not enough to survive. This didn’t stop me from trying. I couldn’t understand most of what people were saying, but I could sometimes put together a sentence or two. I also learned to answer some common questions at book signings, like which book is the first in the series. I know I screwed up sometimes, but it was fun anyway.

Thanks so much for Utopiales for inviting me, and thank you to all the readers and fans who came up during my signings.