This Week in Pics

Walked around the local park with my family today and took a few fall-themed pics. I’m particularly happy with the way this mushroom turned out: 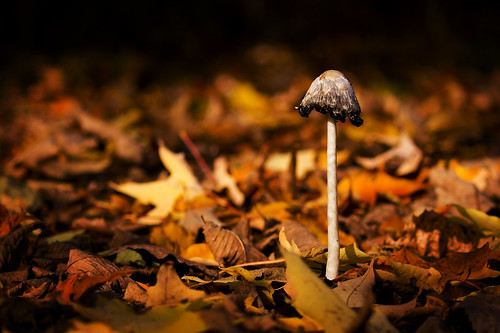 And of course, you’ve got to get a picture of the autumn foliage, right?

I’ve been spending a lot of time restoring old pictures after the hard drive mess of last month. One of the fun side effects is getting to see various old photos — not just people and places, either. For instance, here’s a bit of cover art I made for a short story that went up for sale on Fictionwise. This was back before Amazon started doing ebooks.

Speaking of cover art, here’s one that was actually published by Publish America (now America Star Books). They did eventually pull it and issue a different cover, but I saved it for arguments about whether or not writers should sign with Publish America.

I had some scans of old photos of me, too. Here’s one of me wearing glasses surprisingly similar to the ones I have now:

And then there’s this sketch Howard Tayler did of me at a convention a few years back, when I was doing all that cover posing…

I think that’s a good image to end on. (Though I suspect most of you would have preferred me to end on the previous one. Heh…)