Well, I do like publishing novels, so I decided to check these folks out. Follow along as we talk about some of the potential pitfalls– Oh, who am I kidding. This thing has enough traps to make Admiral Akbar hoarse.

ETA: It looks like they also Tweet-spam as @great_backstrip. Great Backstrip? I’m not sure what that’s supposed to mean, but it sounds like a really bad idea for styling back hair or something.

I eventually found the web page with their staffing information, with Ali Albazaz listed as the founder and CEO of Inkitt. Clicking on Albazaz’s link brings up … a chapter of his book. According to his Facebook page, Albazaz studied … computer science. There’s really not a lot of information on this guy, and you know what’s noticeably missing? Any experience whatsoever with publishing.

There’s even less info on cofounder Linda Gavin, though I dug up that she’d studied design and technology. Her website lists her as a graphic artist. It’s a good skillset to have, but again, no actual publishing experience.

2. Then who decides what books to publish?

Well, the Inkitt website says, “Who are we or any editor in the world to judge whether your book is worth publishing?”

I get the sense they don’t actually know what an editor does … or that publishing is a business.

Their model is to instead crowdsource the selection process. If readers like your story, their “artificially intelligent algorithms” will detect that, and Inkitt will offer you a publishing deal.

3. Wait, how do they know if readers like the story before it’s published?

Oh, that’s easy: they publish it.

Let me say that again. They publish your novel. If you browse the different genres, you’ll see complete novels, along with works-in-progress.

I refer you back to point #1, wherein I talked about wanting to work with people who actually know how publishing works, or even what the word “publish” means. This is one of the reasons why.

4. Then what are they talking about when they talk about offering people publishing deals?

From the publishing page of their site, they:

Wait, what? They design a book cover before pitching your manuscript? That’s … do they realize publishers commission their own artists and do their own cover art? You submit the manuscript to publishers, not– Oh, forget it. Where was I?

The site says their first published work is the Sky Riders series by Erin Swan.

You know what I can’t find on Amazon.com? Anything by Erin Swan. They claim to have published Swan’s book, and it’s not even on Amazon? Google finds nothing except the Inkitt page for Swan’s work. You know, the page where they already published her book, just like they published everyone else’s who submitted to them?

ETA: See this comment and my response for a little more on Erin Swan’s books.

If a big publisher does pick up the book, Inkitt will take 15%. This is the same percentage charged by most reputable agents, except that most agents actually know how publishing works and how to submit a manuscript.

If Inkitt published it themselves? You get 50% of their net earnings on the book.

Alternately, you could take a few minutes to toss your work up on Amazon yourself, and start earning 70% of the cover price.

5. What’s the difference between their normal “publication” process and this contest?

According to the guidelines, the contest winner gets a publishing offer from Inkitt, but also receives — I am not making this up — “a custom Inkitt coffee mug and a custom Inkitt notepad.”

I raised these concerns and asked questions on Twitter. Two weeks later, I got a single response.

@jimchines: It’s free to enter. Authors keep all the rights.

That’s it. Nothing about their publishing experience. Nothing about why you can’t find their “published” novel for sale anywhere. But hey, at least authors keep all rights!

All rights … including first English language rights? You know, that thing publishers like to buy, the right to be the first ones to publish a book in the English language. That thing Inkitt already did.

6.Wait, did they seriously do a fanfic contest as well?

Looks that way, doesn’t it. One of their genres is Fandom, which looks to be essentially fanfiction. Which just means “fanfiction” is one more concept Inkitt doesn’t really understand.

Look, I don’t think Albazaz and Gavin and the rest of the Inkitt crew are actively evil. If this is intended as a scam, it’s an incredibly poor one. It feels more like a vanity press, but a mangled one. Like one of those superhero mix and match books, only there was a misprint, and you ended up with two sets of legs, and Mister Fantastic’s head is coming out of the Hulk’s butt. 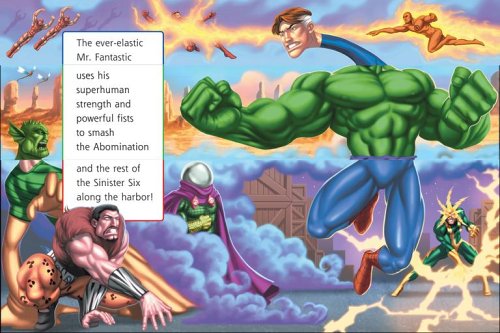 They don’t understand publishing, they don’t know what an editor’s job is, they don’t have a grasp on the legalities of fanfiction and licensed properties, and they don’t seem to know how to publish or sell a book. What they do have a pretty good grasp on is spamming folks on Twitter. Which is why I decided to write this little rant. Because they’re spamming a lot of people, some of whom might not recognize just how many red flags Inkitt is waving about.

If you’re interested, the wonderful folks at Writer Beware also did a write-up on Inkitt last month. Their write-up does note a press release claiming Tor Books bought Erin Swan’s book Bright Star, and that Inkitt was involved in making this happen. But Writer Beware hasn’t gotten independent confirmation. If so, good for Swan! Though I’d be very interested in knowing what kind of contract Inkitt and Swan negotiated. Particularly since Bright Star is still available in its entirety on the Inkitt website…

ETA: It sounds like Swan’s sale to Tor was announced in Publisher’s Marketplace earlier this month, which I’ll take as confirmation.